Low Muscle Tone in Kids: What You Need to Know 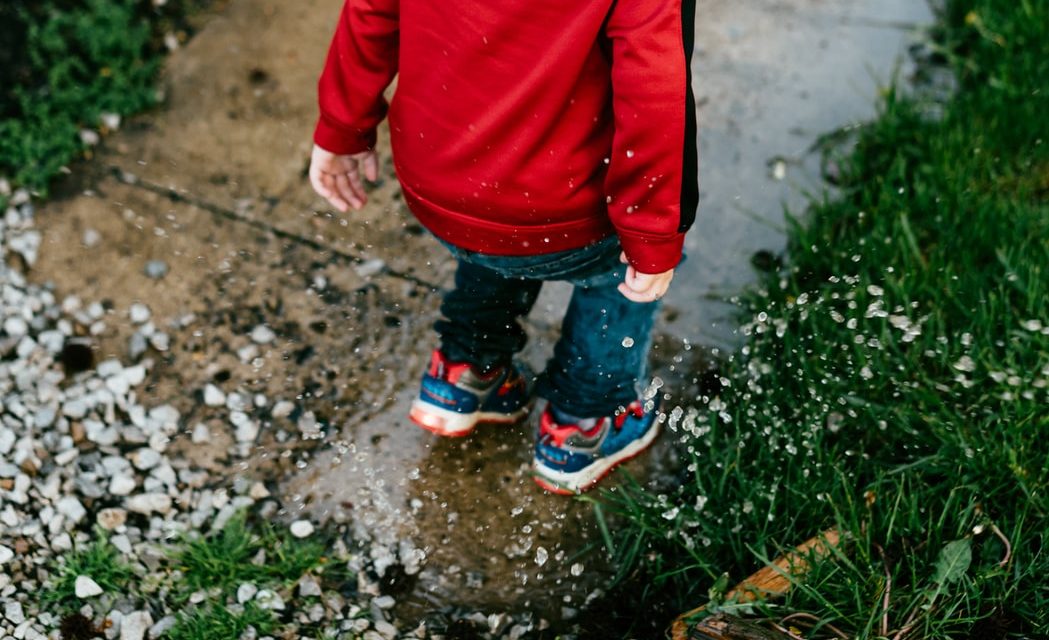 Kids naturally have high levels of energy. They run about, jump, crawl and do any type of movement to explore their newfound physical abilities. However, there are instances where kids may not seem as strong as they should be. This could manifest in how much, or in this case, how less they are moving around, how their movements look like, and how easily they get tired from performing physical activities.

What is low muscle tone in children? 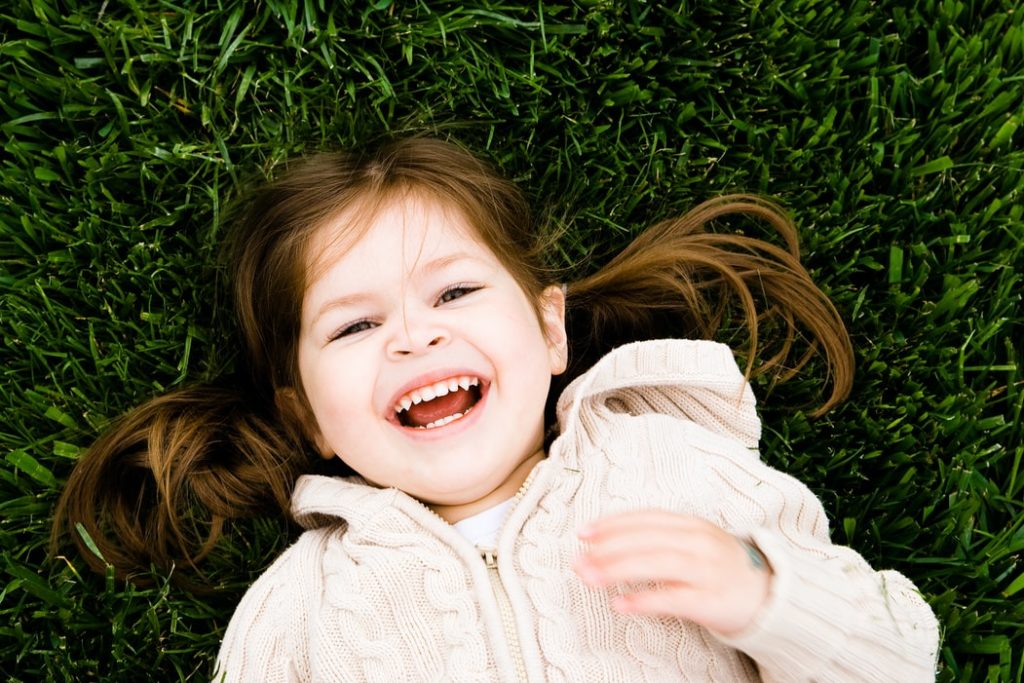 Generally, our muscle tone is responsible for keeping our bodies upright when we stand and sit down. Moreover, it helps regulate our speed, control, and amount of movement as it also adjusts in order to help us move in general. Having a low muscle tone is called hypotonia.

Hypotonia happens when the resting muscle’s length is longer than usual. What this means is that the fibers of the muscles are not overlapping properly as they should. This also leads to fewer points wherein these muscle fibers can cling onto and help pull the muscle for movement. Because of this, the child with low muscle tone would have to use up more energy than normal in order to move. Moreover, hypotonia would also require more stimulation in order for the muscles to be engaged, increasing the muscle’s response time. Ultimately, low muscle tone greatly affects the child’s performance and endurance.

Having a low muscle tone would lead to a rag doll feeling when your child is held. Seeing as muscle tone contributes to their every movement, a lack of this would result in a slowed down motor development, especially for infants. Babies with this condition may not be able to hold their heads up properly, sit in a proper position, balance themselves, and stay seated without falling. For children, there are also instances where kids will find difficulties in eating as they may be incapable of chewing or sucking for a long period of time.

What is the difference between muscle tone and muscle strength? 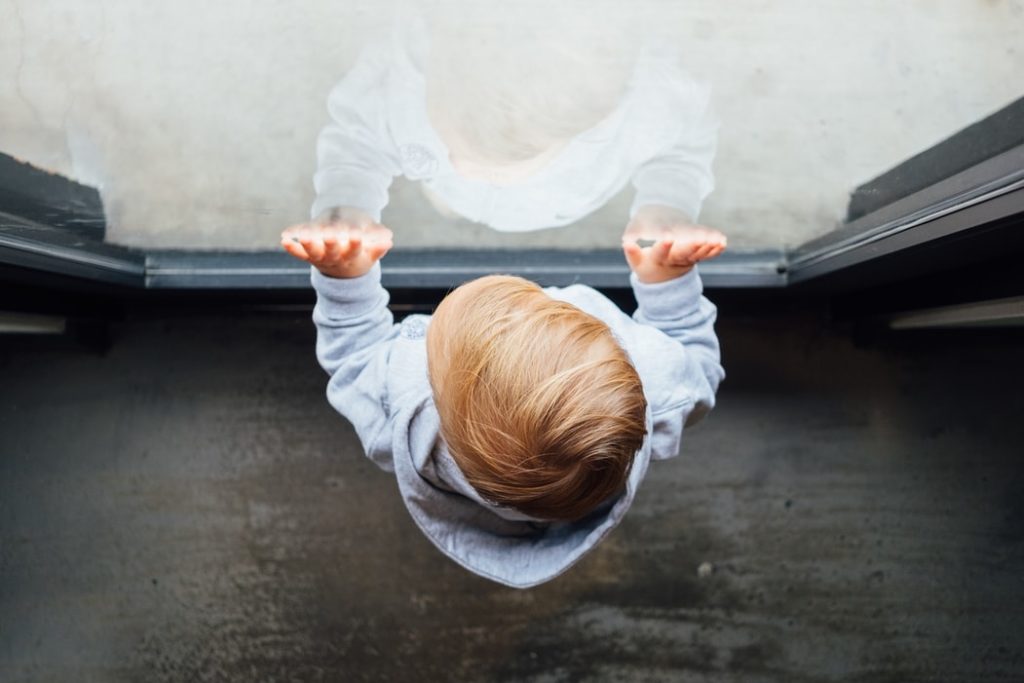 The definition of low muscle tone might be confused with muscle strength. As similar as they are, there are nuances that make the two unique from each other.

As mentioned earlier, muscle tone refers to the resistance or tension to movement in a muscle at rest. It’s the muscle’s innate ability to respond to motion such as stretching. For instance, when you straighten a child’s elbow that is flexed, naturally the biceps would contract quickly. Once the brain signals that this movement is not a threat nor a danger, the muscle would start to relax and go back to its normal state.

On the other hand, muscle strength is the muscle’s response to a movement when they are not at rest, as opposed to muscle tone. Let’s use the example that we’ve laid out above to further highlight the difference between the two. When you move the child’s elbow, the muscle strength would be their capability to rest and contract that force purposefully and actively. Hence, muscle strength is about the movements that you do deliberately, which sends signals from your brain to your muscles.

This is important to take note of because hypotonia or low muscle tone in children is not just about the child’s strength. It’s normal for a child to not be as strong as an adult, especially in instances of performing physical activities and exerting effort. However, in the case of muscle tone, a decrease in this would indicate that their muscles have a problem, and not just because they’re not strong enough.

What are the signs and symptoms of low muscle tone? 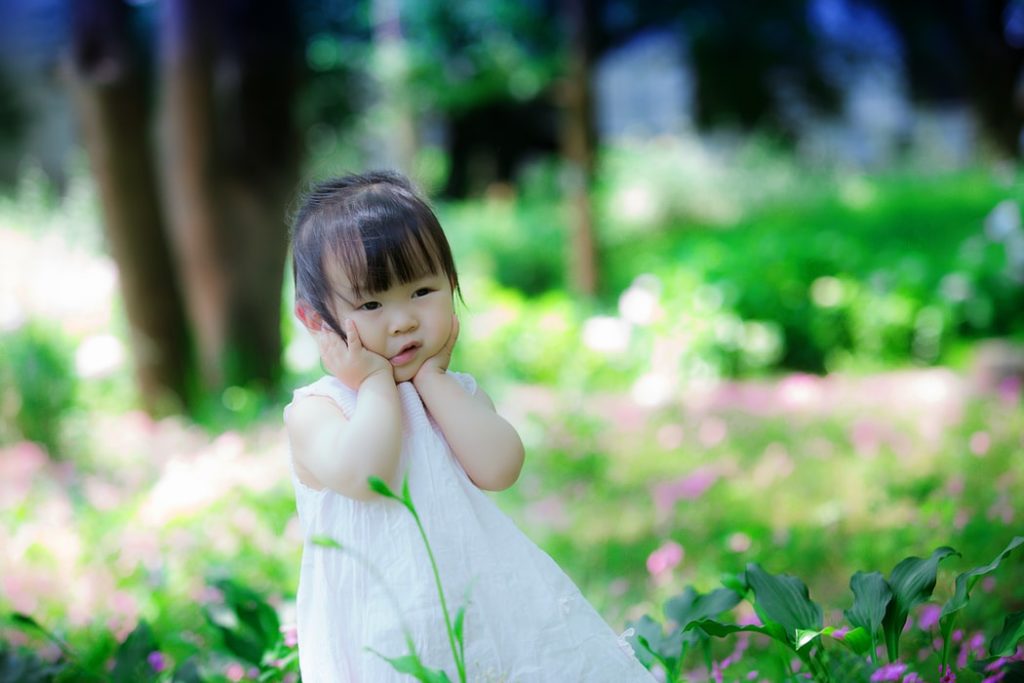 To reiterate, children with low muscle tone would have a floppy or ragdoll feeling when they are held. Other signs that you have to watch out for include, but not limited to, the following: 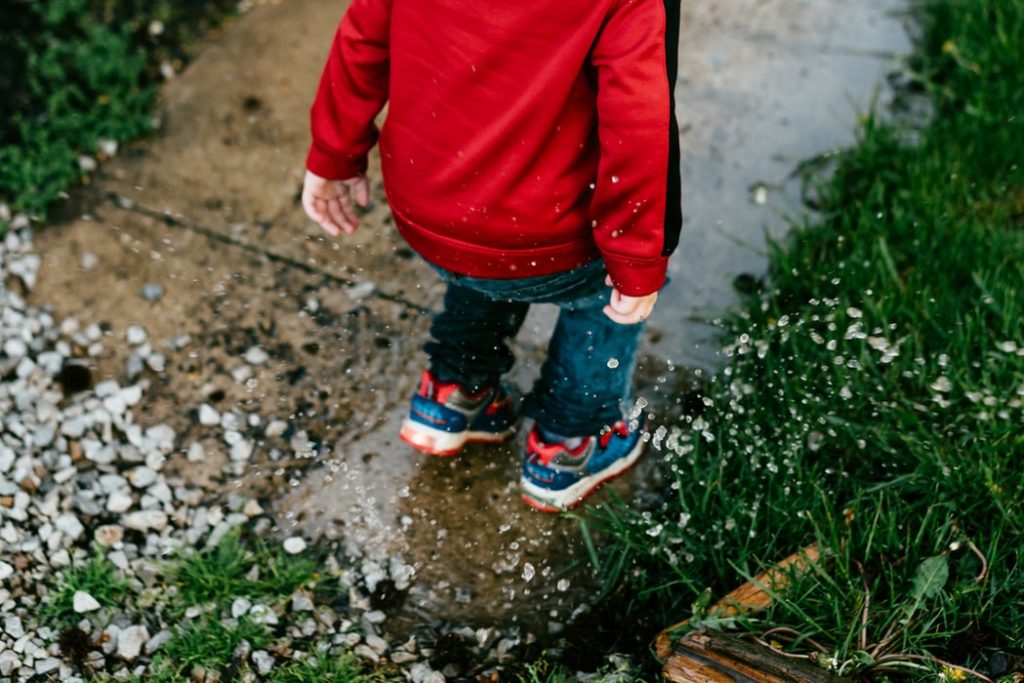 There are various conditions that can cause hypotonia or low muscle tone in children. It can range from diseases and serious illnesses in the central nervous system, genetic disorders, and muscle disorders. Listed below are some of the causes of low muscle tone:

How do I treat low muscle tone in children? 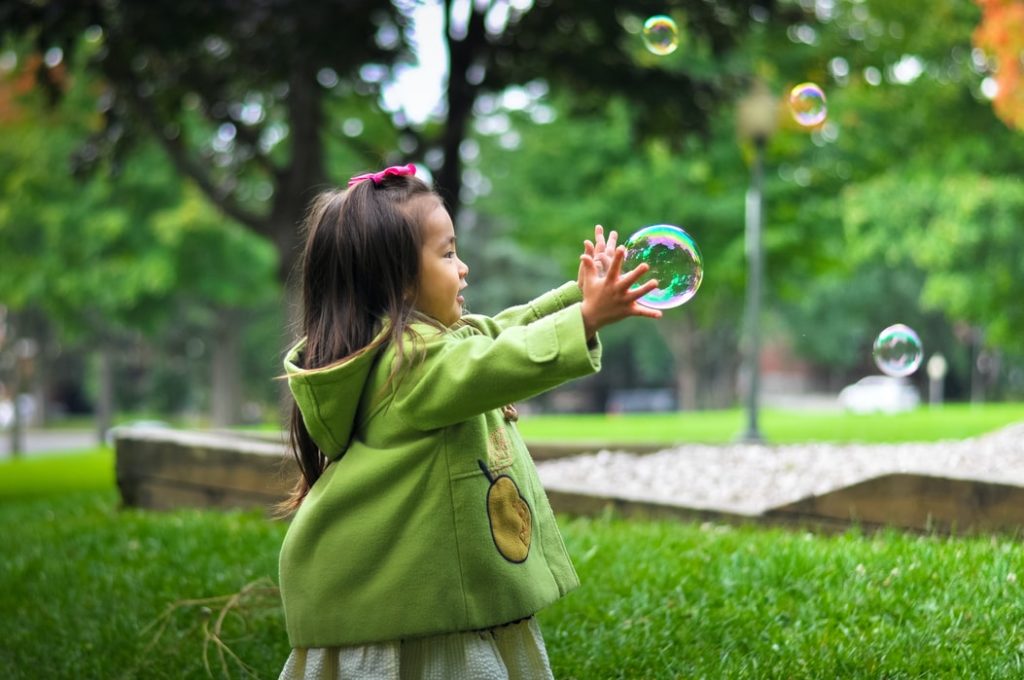 Although most children with low muscle tone gradually get better as they grow up, there are some that may still experience the same difficulties even into adulthood. Fortunately, there are many types of therapies available for young children with this condition. Below are two of the most effective therapies in treating low muscle tone in children:

Occupational therapy aims to treat those with poor motor skills. In the case of children, this could mean activities from tying their shoelaces to activities to function well in school such as typing and writing. Occupation therapy also takes on a personalized approach wherein the occupational therapist will have to look into the child’s condition, weaknesses, and strengths before proceeding to the therapy itself. After proper diagnosis, the therapist will come up with a series of activities that the child will partake in.

Listed below are some  of the activities that can support your child:

You might be asking yourself, “why would I need a speech therapist for my child if he has a low muscle tone problem?” A child’s face (or any face for that matter) also has muscle that enables us to contort our faces into different expressions, smile, laugh, and basically any other movement that requires our face. Speech therapy aims to improve the child’s ability to speak and express themselves as well as understanding language which also includes nonverbal ones.

Speech therapy involves two elements, namely  the coordination of the mouth in order to produce words and sentences from sounds, and expressing and understanding  language. Given that, below are some of the activities that a speech therapist would let your child partake in:

When should I see a doctor? 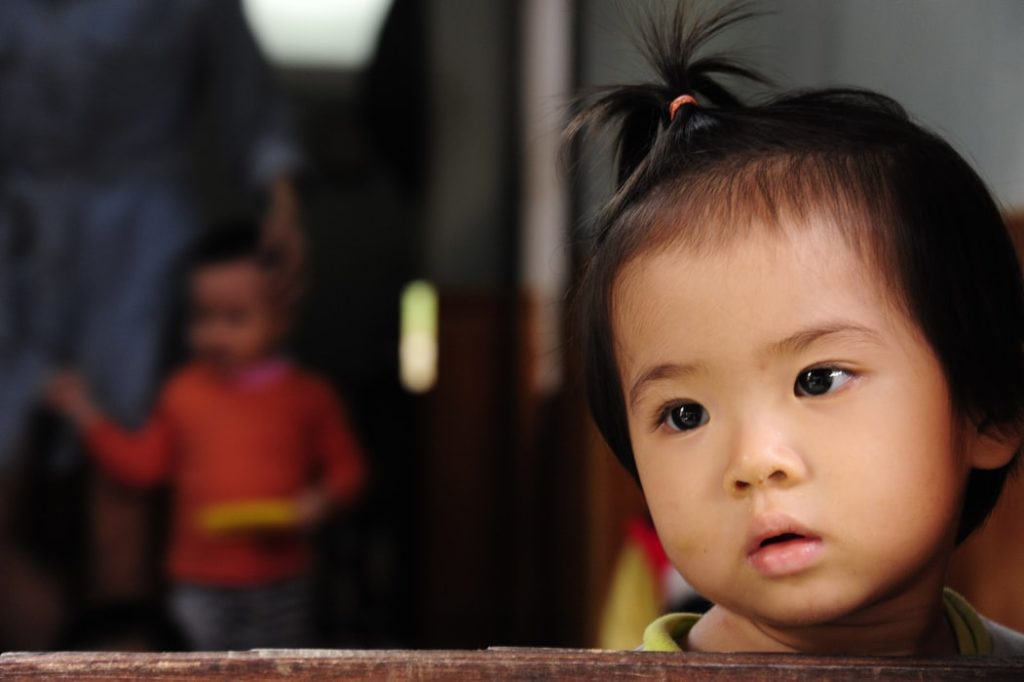 Low muscle tone in children can often be seen and diagnosed right after birth during health checks. In other instances, this condition will be much evident later on. You will gradually notice these in their motor developmental stages which will be delayed should they have low muscle tone.

If you have a growing concern for your child with regards to this condition, don’t hesitate to seek help from your pediatrician or your GP. If found necessary, you will be directed to a pediatrician who will investigate further for a more accurate diagnosis and causes of your child’s low muscle tone. Other therapists, as mentioned earlier, may also come into the picture in order to provide advice and support on which types of activities and treatment you should avail to help your child.

It’s also important to go to your doctor for this because there are also instances where low muscle tone is just a symptom of a different disease. Your pediatrician may advise you to take particular treatments and therapies in order to resolve this condition.

This might not be a normal occurrence to a child, like a flu or any other disease, but it is also not a lost cause. There is a wide array of available treatments, therapies, and activities that can help support your child’s low muscle tone. Even then, in time, there is a higher possibility that your child will gradually catch up with their developmental milestones. 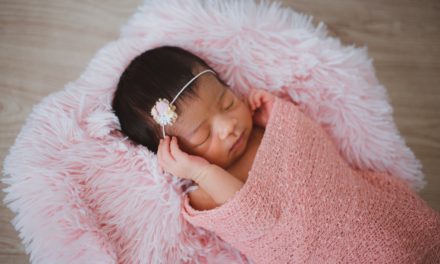 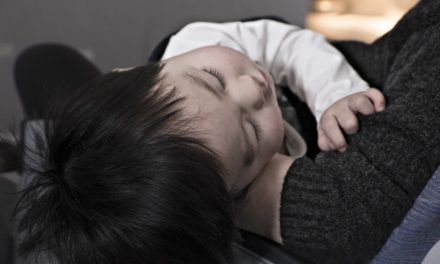 How Many Breastfeeding Positions Are There? 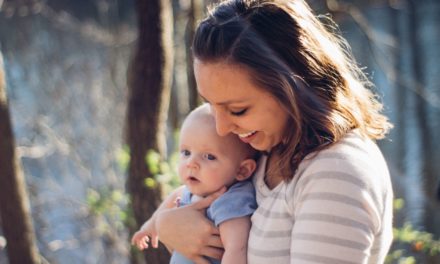 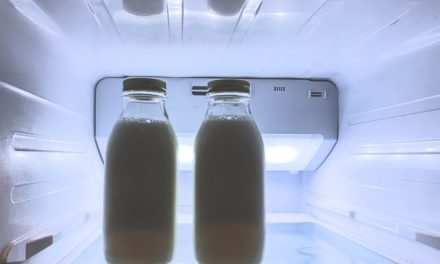 How to Choose the Best Breast Milk Pump