Playgrounds are spaces for children to explore their imagination through active plays and movement. Having a particular theme that adds to the vibe of the playground definitely contributes to how the children will play. At the Tiong Bahru Plaza Playground, they can do more with their creativity and activities in mind with its sparrow-themed amenities. 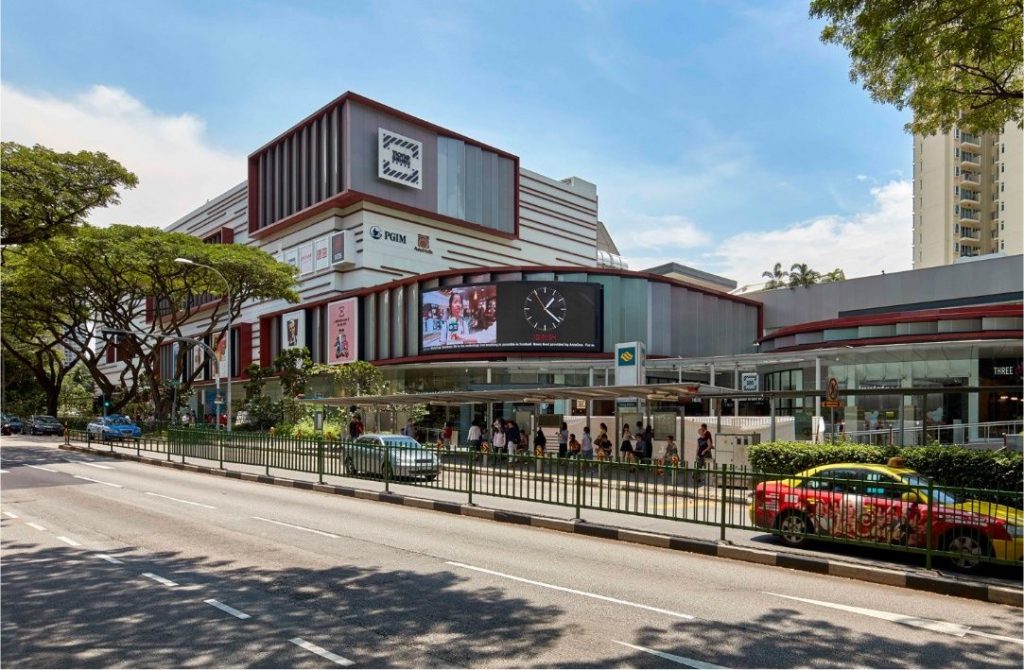 Though it is not a vast plaza, the Tiong Bahru Plaza has a lot of amazing shops, facilities, and services to offer. It’s a fully-equipped shopping plaza that houses various stores catering to your every need. There are lots of great varieties in food options, clothing shops, and there are banks open as well.

Aside from its services, it’s also very convenient and accessible, especially for the locals around the area. The plaza is located just above the Tiong Bahru MRT Station, so families can easily visit the playground anytime they want.

No matter what the weather is, the Tiong Bahru Plaza is always packed with people! 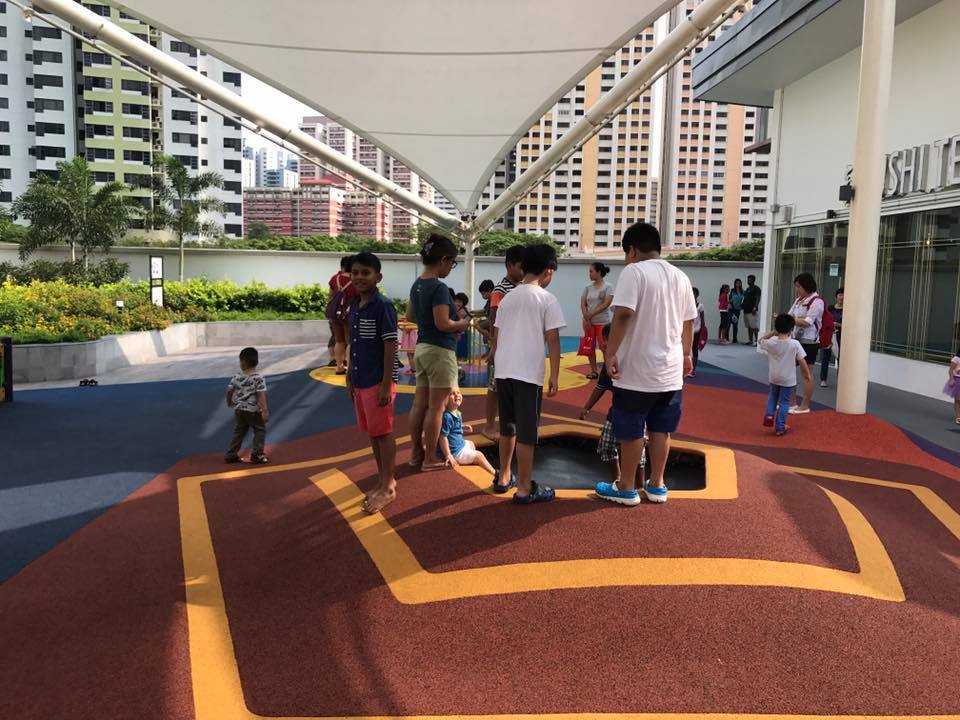 Being a mall in a residential area, the Tiong Bahru Plaza is sure to have all the amenities and services the locals, and other visitors in the area will need. But what makes this particular plaza unique is the Tiong Bahru Plaza Playground. In fact, most families go to this plaza specifically for the playground itself – that’s how you know it’s excellent!

The Tiong Bahru Plaza Playground has the main playspace that has a sparrow theme. It has a hammock and a swing that looks like a bird’s nest to complete the look! There’s also a three-way see-saw for kids to play and bond with each other!

More dynamic rides include a number of teeter-totters around the main Sparrow, called the Sparrow Rider. It earned its name because of its design – a pair of wings and a bird’s head.

There’s more! The Tiong Bahru Plaza Playground even has an inclusive merry-go-round equipped with handicap ramps. Through this, every kid can get to enjoy themselves and have fun with each other in games and activities! 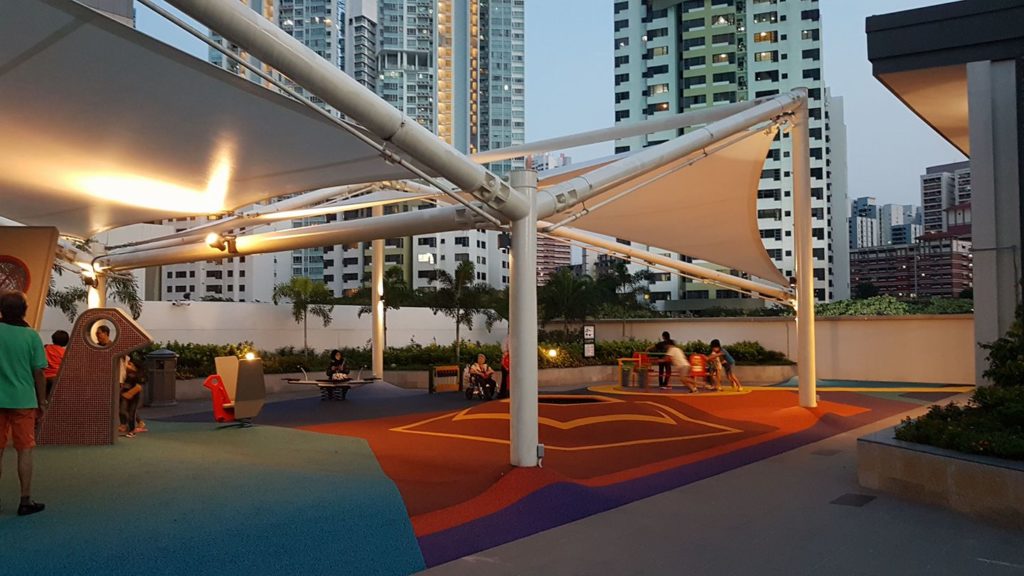 A good playground isn’t just composed of good features and toys for the kids to play around with. Its design and theme play a massive role in the kids’ satisfaction. The Tiong Bahru Plaza Playground has a fun and engaging theme of a Sparrow to accompany its equally charming features. Having such consistency gives more room for the kids to truly explore their imagination as they actively play around with others as well.

Families can get to visit the playground until late at night as the Tiong Bahru Plaza Playground has the same opening hours as the plaza itself! They’ve provided sufficient lighting at the playground so that the kids won’t get into any accidents or hurt themselves in any way even in the nighttime. It’s both kid-and-parent-friendly – a definite plus in our books! Alternative you might also like Waterway Point Playground – Wonderland